We’re saying goodbye to old friends and greeting new ones in the neighborhood early this year.

Many of us are sad to see our good friends at the Greenwood Market go. The market closed its doors to make way for the expansion of the Fred Meyer Store. The Town and Country chain, which operated Greenwood Market, was confident it could find new jobs at its other stores for almost all 50 employees. Greenwood Market was well known for its generosity in the community. It sponsored the Winter Festival at the Phinney Neighborhood Association every year, and since 1999, contributed more than $15,000 to the PNA through their 1% Giveback Program. (Ballard Market is still participating in the program and Greenwood Market receipts are still being accepted for now.) 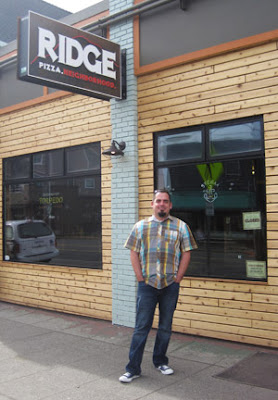 Fred Meyer on 85th St. is also temporarily closed to allow for the store’s long-awaited expansion. Doors are expected to re-open sometime late this fall.

Among the new businesses in the neighborhood is The Ridge Pizza at 72nd and Greenwood Ave N. Owned and operated by a group of friends, including the owners of Prost! and the Nickerson Street Saloon, The Ridge Pizza is a family-friendly place which also has a full bar. The Ridge’s 14 signature pizzas are all named after local businesses and organizations. Three of those are also designated as "Charity Case Pizzas." Whenever you order "The Zoo," "The Firefighter" or "The Community Center," a dollar goes to the organization for which it is named.

418 Public House at 418 NW 65th St is also new to the neighborhood. The menu is heavy on traditional as well as unique Mexican dishes, and vegans and vegetarians will appreciate the options that may not be on the menu. All you have to do is ask. Happy Hour is from 4-6:30 pm with food and drink specials. The 418 Public House website promises regular Monday night trivia as well as special Jazz and Funk nights.

Emerald City Orchids at 716 NW 65th St. recently added a café. They’re serving sandwiches and salads for lunch as well as an assortment of pastries and espresso beverages.

It’s also good to see that Gainsbourg, 8550 Greenwood Ave N, has re-opened after a fire last year. The funky French bistro atmosphere returns, as do the two happy hours a day and the diverse selection of drinks and small plates.

Many parents in the neighborhood have called on the services of Janet Klinger Photography to give a special sparkle to portraits of their families. Since many of her clients request her to work on location, Janet has closed her studio space, but is still very much in business and in demand. Her offices have moved to her home, and when a studio is required, she is renting space at remote locations such as the Phinney Neighborhood Association.
Posted by Alex Eckardt at 1:16 PM