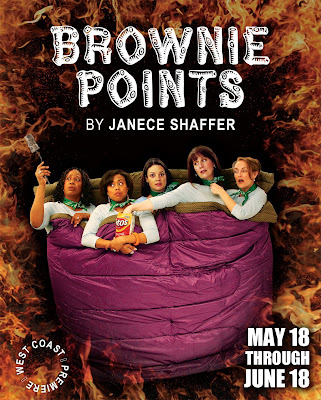 The PNA wanted to take an opportunity to highlight an event in our community that we feel is very important: the Taproot Theater’s current show Brownie Points and its corresponding community conversations. The play Brownie Points is about five mothers with different racial, ethnic, and religious backgrounds who are on a camping trip together and spend a night talking about these differences, as well as the shared experience of motherhood. The play’s director Karen Lund has explained, “This story provides a safe place to ask ourselves some of our hardest social questions.”

The PNA has similarly aimed to create a comfortable space for community conversation about racial and social justice issues through our Cultural Engagement Film Series.

The Taproot Theater, in addition to its show, has concurrent opportunities for community members to participate in guided, collaborative discussions exploring themes in Brownie Points. Following the Thursday evening shows, there is an opportunity for audience members to stay and engage with each other in conversation.

Furthermore, there is a free event at the Taproot Theater in conjunction with the show on Monday June 13 from 7-9pm, at the Taproot Theater. It is titled “Neighbors and Strangers: Discussing Diversity and the Experience of Race in Seattle.” Admission is free, RSVP required to Sonja Lowe at 206-529-3666, sonjal@taproottheatre.org

According to the 2010 Census data, Seattle is both the fifth whitest city in the United States and also the city with the most racially diverse zip code. Ours is a city living a historical legacy and current experience of racism, including once legally sanctioned racial segregation, as well as Sunset Laws on the north side of town. There is special work being done to combat today’s racism, for example through the City of Seattle’s Race and Social Justice Initiative, the People’s Institute Northwest, YWCA, Solid Ground, and the Coalition of Anti-Racist Whites. We feel that the opportunity for community conversation is an integral part of working for equitable communities, an equitable city, and a just society. To that end, it is important that these conversations happen throughout our city, and we are grateful to Taproot Theater for creating an additional opportunity for this discussion to take place in our neighborhood – as they so eloquently put it, amongst both neighbors and strangers – some of which may be both to us at the same time.
Posted by Katie Parker at 1:22 PM